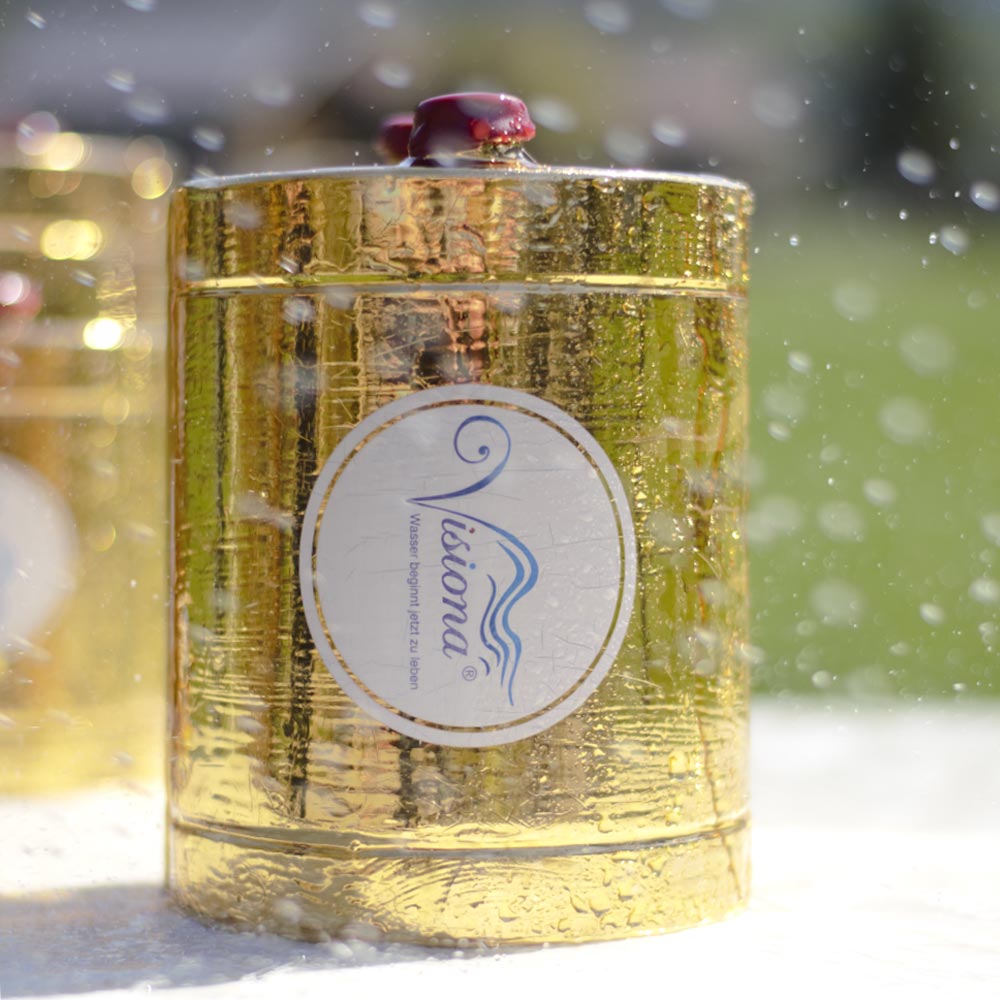 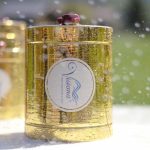 Visiona V3 is ideal for single water mains connections as found in small family homes, semi-detached houses, small apartment blocks and offices etc.
Installation is very simple: Customers can use cable binders to attach Visiona to the pipe carrying the water to be revitalised. This simple installation method allows Visiona to be removed and installed in another chosen location whenever required.

Visiona V3 is also a wonderful means of revitalising one’s own body, since the energy of Visiona has a harmonious effect on cell water, thus also on your blood.
Simply position the two half-pipe chambers to the left and right of your body for an immediate supply of healthy and revitalised cell water.

Visiona V3 has been designed to process water at a volumetric flow rate of 400 m³ and harmonises surrounding water, air, foods and all fluids within a radius of 18m in this field.

It would be our pleasure to visit your venue to provide a non-bonding sales consultation.
Please schedule an appointment with your local sales adviser.

Report on the efficacy of ‘Water Programming’
(Test phase >9 months)
The device improves the drinkability of the water. I drink around 3 litres of tap water every day. It feels softer, purifies more profoundly and makes my body feel great.
Many thanks!

Regina Nußbaum
Rated 5 out of 5

Hi you two,
I told you I was going to attach the two gold half-pipes to the water mains conduit in the basement secretly – because the other residents were too sceptical.
Now I can tell you what happened:
Firstly, the water simply tastes better now, so it’s easier to drink more than previously. What’s really pleasing is that my partner no longer feels itchy after a shower, whereas he used to scratch his back – sometimes even using the door frame when he couldn’t find any other way. At first, when I recently mentioned he hadn’t done it for a while, he was surprised. “You’re right!” he said. Then I told him about the ‘golden nuggets’ down in the basement.
He’s still sceptical, but nevertheless pleased about the result! He no longer feels itchy after showering! I should mention that he suffers from sensitive skin and has been using sheep’s milk soap and shampoo soap under the shower for years. Because we’re both sensitive to certain additives we also only use unscented liquids, powders and tabs on our laundry.
It’s hard to express just how important healthy water is for our bodies and minds. It’s great my partner’s skin has reacted so well. However, in view of the benefits, I think it’s a small price to pay.

Petra Tünte
Rated 5 out of 5

Visiona water has exceeded my expectations. The water from our source tastes less chalky and is milder. I have been washing and showering without soap and shampoo for years, and my skin feels even softer now. We’ve been using the filtre for a year now and the limescale deposits are disappearing from faucets that are now already 50 years old. There are no more residues on plates and glasses from the dishwasher. My mother (70) previously had a slight belching problem when she drank our tap water. Now she enjoys drinking it without any problems.
Those have been the obvious benefits so far, and I’ll keep looking closely for more changes.
It’s been fascinating to observe that our cats spurn normal organic milk, but love the organic milk produced by Demeter. They now happily drink large amount of this milk from their bowls. We can assure you they’re the best, and least-biased, testers in the family. It’s good to know there are people developing technologies like these for everybody’s benefit. Thank you very much indeed!

Michael Tücking
Rated 5 out of 5

We have Visiona water revitalisation infrastructure installed in our home and it’s part of our lives. Our metropolitan water is now significantly softer and the limescale problems we previously are receding. Tea and coffee taste far better, as do boiled foods, and cleaning with water involves less work.
It’s been fascinating to observe that our cats spurn normal organic milk, but love the organic milk produced by Demeter. They now happily drink large amount of this milk from their bowls. We can assure you they’re the best, and least-biased, testers in the family. It’s good to know there are people developing technologies like these for everybody’s benefit. Thank you very much indeed!

Peter & Heidi Kreutzer
Rated 5 out of 5

Having installed Visiona water revitalisation system after our holiday myself, which was really easy, I arranged a before-and-after water test in the laboratory of a local dairy.
Here are the results:
Before Visiona: Hardness 17.8
Chlorine: 0 PH value 6.79
With Visiona:
Hardness:16.6
Chlorine: 0 PH value: 7.74
The lab assistant was amazed at the height of the PH value which was no longer down in the acidic range. We also noticed that the limescale deposits in the taps detached extremely quickly after we installed our Visiona system, and these were being caught by the sieves – making them easy to remove.
Due to extreme froth production in the dishwasher we had to reduce the dish soap dosage by a half. The same was true for our shampoo and shower gel.
An all-round successful project!